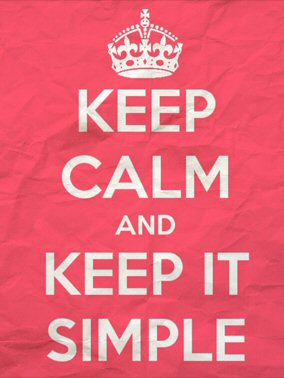 Do you ever catch yourself thinking too much? Boy I do, and I have here lately! I do it without even realizing it!

I’ve been reading through the Bible in a year, and at the moment I’m in the gospels and Jesus is coming up against the self-righteous Pharisees quite often.  The Pharisees are a sect of ancient Jews who held to strict observance of the written law and tradition.  Oftentimes tradition was held as high as the law to them.  They were pretentious and thought they were superior to others.  They would analyze everything down to the smallest unit of measurement and then brag about doing so. They would over-think it.

“To some who were confident of their own righteousness and looked down on everyone else, Jesus told this parable:  “Two men went up to the temple to pray, one a Pharisee and the other a tax collector.  The Pharisee stood by himself and prayed: ‘God, I thank you that I am not like other people–robbers, evildoers, adulterers–or even like this tax collector.  I fast twice a week and give a tenth of all I get.’  “But the tax collector stood at a distance. He would not even look up to heaven, but beat his breast and said, ‘God, have mercy on me, a sinner.’  “I tell you that this man, rather than the other, went home justified before God. For all those who exalt themselves will be humbled, and those who humble themselves will be exalted.”

The Pharisee was depending on his OWN righteousness to make him right with God, and we all know that none of us can ever be “good enough” or “righteous enough” on our own merit before a holy God.  But the Pharisee bragged on his works and compared himself with those he considered beneath him – the tax collector in this parable. He looked to himself, he looked at the tax collector, but Who did he miss looking to?

The tax collector didn’t need to look at himself, he knew and confessed that he was a sinner and then only looked to God Himself asking Him for mercy.  That was enough.  Jesus praised the tax collector who just simply confessed his need for mercy to the only One Who could give it to him…God.  He didn’t have to over-think anything. He knew his lack and he knew Who to look to meet his need. No more thinking necessary.

The Pharisees examined the law forwards, backwards, inside out, looking closely and making sure they didn’t swallow a gnat by accident when eating their food (Matthew 23:24).  While straining at the gnat they were swallowing a camel, this scripture says.   To strain at a gnat and swallow a camel means making a big deal out of small things while enduring the bigger things.  They were overthinking the small things and not paying enough attention to the bigger things.  In this case, the Pharisee’s need was only for mercy…nuff said.

Let’s not look too poorly on the old Pharisee.  You and I do it all the time, I’m sure.  I sure do.  Someone recently told me, “You don’t need to work so much, rest in the arms of the Lord as you go through this.” It caught me off guard. Both my grandpas were preachers and I was raised that you had to work work work and don’t do this or that to please God.  I know since then that you work as a way of  helping others and because you love the Lord and want to help Him and His people not because it was demanded of you.  My dad disciplined his children through shame, sad to say.  So those old tapes are hard to turn off. But I’m trying, and when my friend told me that in a private message and I contemplated it…I think that truly was the Lord speaking to me.  Thanks May 🙂

IS YOUR FAITH WORTH THE LEAP?

In today’s culture, many people have the opinion that we should live by our own standards, oblivious to the Word of God. Some want the blessings of the promises of God, without subjecting themselves to obedience to God. However, to truly be happy and fulfilled, we must examine ourselves in the light of God’s Word and live by it.

The stress and tensions of life become more unbearable when we live in selfish disobedience to the Word of faith. Yet simple submission and obedience to God’s Word relieve the stress that disobedience and today’s culture impose. Doubt is crippling, but faith is empowering; so make that leap! Faith in action brings victory!

The Bible says in James 2:26, that faith without works is dead. I have learned that faith with works (action) is alive. Faith without works (action) can become an unfulfilled fantasy. For if I have faith that God is leading me, but I do not follow or act on it, then faith turns to doubt and my inaction leads to death; the death of my faith and the death of my dream. This is a horrible state in which to exist.

We must be doers of the word and not just hearers. It is so human to hear the word, rejoice in what we hear, and then…. ponder. Pondering plants seeds of doubt, which grows into the mighty tree of procrastination, that bears the poisonous leaves of inaction.

“But they delight in the law of the LORD, meditating on it day and night. They are like trees planted along the riverbank, bearing fruit each season. Their leaves never wither, and they prosper in all they do” (Psalms 1:2).

We must be like good soldiers and jump to attention, springing into action at the orders of our commander, the Lord. But what do we do instead? We hear the order and then prepare to jump, but inaction and hesitation cause us to get caught in the preparation, and we fail to jump. What a sad sight, to see the army of the Lord procrastinating before Him! How undignified!

It is better to jump and fall, than be stuck squatting down to jump. Squatting is a horrible place to stay. You can’t sit down. You can’t rise up. You can neither rest in your success nor stand in the knowledge of a job well done. Go ahead and jump! You can ask how high on the way up! Better to relieve the tension and stretch in the jump than to live with the constant strain of being stuck in the squat. Obedience in the jump is the better way. Make that leap of faith. We’ll see you on the way up!