Calvary, Couponers, and Crafters » Bible Prophecy » End of the Age Prophecy Updates for 11/20/16 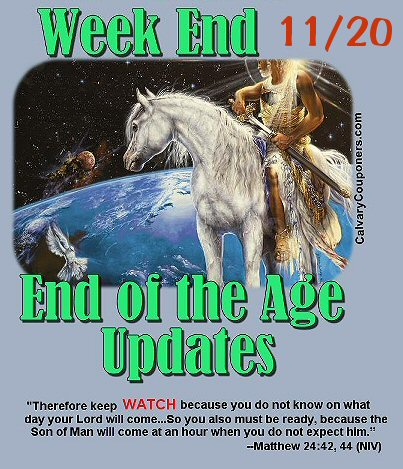 I hope you’re all having a great week!  I usually get this up on Sunday evenings but yesterday there was a family issue that threw me off track.  I hope you can glean much from this information below and I’d love to hear your comments in return in the comments section!  God bless you all 🙂

This was uploaded to YouTube yesterday but I’m not sure it was recorded yesterday. Still good either way! 🙂

Prophecy in the News: “Kevin’s Korner – Healing Our Nation”:

Get Andy’s book here (or click on image below): 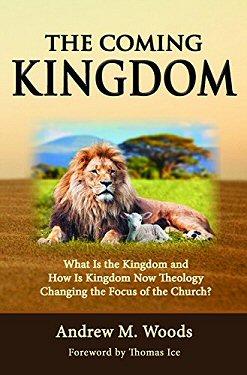 See Andy’s book, The Middle East Meltdown here (or click on the image below)

“Two Witnesses Will Not Tickle Your Ears!”:

His Channel:  “World News Briefing”  Barry Stagner with Don Stewart 11/17/16 (click on image below to bring up page):

EternalRhythmFlow (Scotty Clarke):  “EPIC DISCOVERY! The Timeline Location of the Revelation 12 Sign! . . . It May Surprise You:”

The Pope Said What?!

Netanyahu: Abbas not taking the right steps for reconciliation with Israel

Palestinians call for investigation into Israel at UN climate talks

Sea of Galilee and rivers dry: “We want to plant, but there’s no water”

In biblical lands of Iraq, Christianity in peril after ISIS

Trump, Though Critical of Nuclear Deal, Could Offer Opportunities for Iran

Erdogan: My people believe U.S. was behind coup attempt

First Brexit, Then Trump. Can Italy Avoid a Populist Uprising in Crucial Referendum?

Reporter to Obama: Will You Be Like Bush And Not Criticize Your Successor?; Obama: I Will If “Necessary”

Obama: I’ll push back on Trump if needed to defend US ideals

Pence says no need for apology after ‘Hamilton’ jeers, lecture

Earthquakes: Reckoning With ‘The Big One’ in California-and It Just Got Bigger

$800,000 Approved for Planned Parenthood Investigation by Republicans as Defunding Efforts Ramp Up

Detecting the language of suicide: There’s an app for that