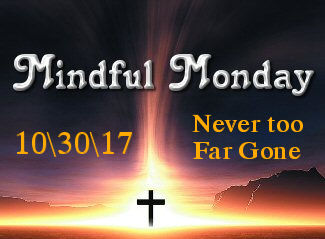 I’m so very thankful that God is not like me. Nor you.  While we give up on each other  all the time, (though at times after a lot of effort and time), God never does.  He gives us till our last dying breath to come to Him. He is steadfast in His love for us all. In my youth I backslid from my faith for about 9 years and was so afraid of what God thought of me.  Though I was in a lifestyle of sin, it was really hard to understand how He could still love me as much as my most faithful day to Him before then, but He does.  Let’s hear what Priscilla Shirer has to say in this week’s devotional:

When he was in distress, he entreated the Lord his God and humbled himself greatly before the God of his fathers. 2 Chronicles 33:12

To say Manasseh was an evil king is like saying the Grand Canyon is a hole in the ground. The Bible says he “shed so much innocent blood that he filled Jerusalem with it from one end to another” (2 Kings 21:16 csb). If any one monarch’s abominations were to blame for God’s abandonment of Judah to exile, it was this king who had “done wickedly more than all the Amorites did who were before him” (2 Chron. 33:11).

Gratefully, God is not a stoic being who deals with humankind in a manner devoid of emotions and sentiments. “The Lord is compassionate and gracious, slow to anger and abounding in lovingkindness. He will not always strive with us, nor will He keep His anger forever. He has not dealt with us according to our sins, nor rewarded us according to our iniquities. For as high as the heavens are above the earth, so great is His lovingkindness toward those who fear Him” (Ps. 103:8–11).

Even when we’ve chosen unwisely, even when we’ve relished our stubborn resistance, He remains eager to express these beautiful elements of His character to us. He longs to receive the rebellious back into His welcoming arms. He loves seeing His grace exalted and watching it change us into His image. Nothing we’ve done, no matter how devastating or devious, can push us too far out of His love to reach us, rescue us, and restore us. When we call to Him, He hears us.

For when the Lord sent the armies of a foreign nation against him, “and they captured Manasseh with hooks, bound him with bronze chains and took him to Babylon” (2 Chron. 33:11), judgment fell like hailstones. But in his distress, Manasseh “humbled himself greatly” (v. 12) before the Lord. And God “was moved by his entreaty and heard his supplication, and brought him again to Jerusalem to his kingdom” (v. 13). After such bountiful restoration, Manasseh received his kingdom back, and the remainder of his life (vv. 14–16) looked a whole lot different than the first.

When we respond to our Father’s discipline by humbling ourselves with the “godly sorrow” of true repentance (2 Cor. 7:11), He will pour out His mercy on us. It’s never too late, and you are never too far gone, to receive the restoring power of the One who loves you.

“And when he was in distress, he entreated the favor of the Lord his God and humbled himself greatly before the God of his fathers.” –2 Chronicles 33:12 ESV

“But God demonstrates his own love for us in this: While we were still sinners, Christ died for us.” –Romans 5:8 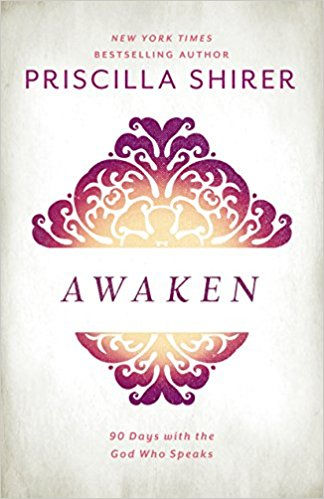