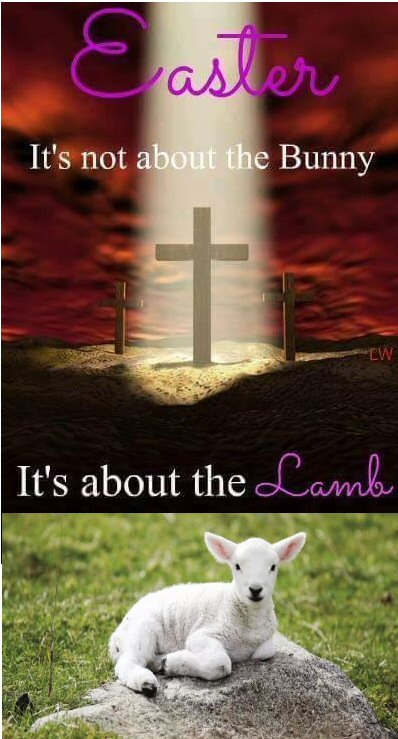 The culmination of Holy Week, Easter Sunday! History hung on this pivotal day!

Until this day, in ancient Israel the priest would sacrifice a spotless lamb (without blemish) as the sin offering of the people.  It was a blood atonement (meaning to forgive and make amends) for the people. It took the sins of the people and placed it upon the spotless lamb who was then slaughtered on behalf of the people.  In fact for the Passover sacrifice, every family had to take a spotless lamb into their homes and live with it as a pet for a few days before the Passover sacrifice when they would have to hand the lamb over to be sacrificed for their sins.  The children would pet it and learn to love it, it would be seen every moment someone was in the house and they would start to feel for it.  Each moment they would be reminded of the ultimate fate of the lamb and that it was their sins that brought on that horrible end.  It would remind them of their continual need for spiritual cleansing.  The problem with this is that it had to happen every year on Passover.  Sin was never completely cleansed for good.  The lamb was always finished at their sacrifice. They were forever dead.

In Isaiah 53, we read about how Jesus would in fact be a lamb for us:

That would be amazing right there, but the culmination of it all is that three days after His death for us all, He rose again defeating death! The only one to die and rise again never to die again!  Lazarus and others were raised from the dead, but they eventually did die for good one day, but Jesus rose to be alive forever more.

“Because of this oath, Jesus has become the guarantor of a better covenant. Now there have been many of those priests, since death prevented them from continuing in office;  but because Jesus lives forever, he has a permanent priesthood. Therefore he is able to save completely those who come to God through him, because he always lives to intercede for them. Such a high priest truly meets our need—one who is holy, blameless, pure, set apart from sinners, exalted above the heavens.  Unlike the other high priests, he does not need to offer sacrifices day after day, first for his own sins, and then for the sins of the people. He sacrificed for their sins once for all when he offered himself.  For the law appoints as high priests men in all their weakness; but the oath, which came after the law, appointed the Son, who has been made perfect forever.” –Hebrews 7:22-28 (bold by me)

Here are ten amazing things we owe to Jesus’s resurrection:

2) Repentance. “The God of our fathers raised Jesus, whom you killed by hanging him on a tree. God exalted him at his right hand as Leader and Savior, to give repentance to Israel”(Acts 5:30–31).

3) New birth. “According to his great mercy, he has caused us to be born again to a living hope through the resurrection of Jesus Christ from the dead” (1 Peter 1:3).

4) Forgiveness of sin. “If Christ has not been raised, your faith is futile and you are still in your sins” (1 Corinthians 15:17).

5) The Holy Spirit. “This Jesus God raised up, and of that we all are witnesses. Being therefore exalted at the right hand of God, and having received from the Father the promise of the Holy Spirit, he has poured out this that you yourselves are seeing and hearing” (Acts 2:32–33).

6) No condemnation for the elect. “Who is to condemn? Christ Jesus is the one who died—more than that, who was raised—who is at the right hand of God, who indeed is interceding for us” (Romans 8:34).

8) Proof of coming judgment. “[God] has fixed a day on which he will judge the world in righteousness by a man whom he has appointed; and of this he has given assurance to all by raising him from the dead” (Acts 17:31).

9) Salvation from the future wrath of God. “[We] wait for his Son from heaven, whom he raised from the dead, Jesus who delivers us from the wrath to come” (1 Thessalonians 1:10; Romans 5:9). 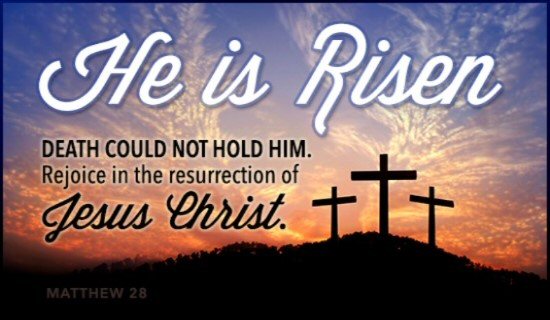