Calvary, Couponers, and Crafters » Bible Prophecy » End of the Age Prophecy Updates for 6/24/18 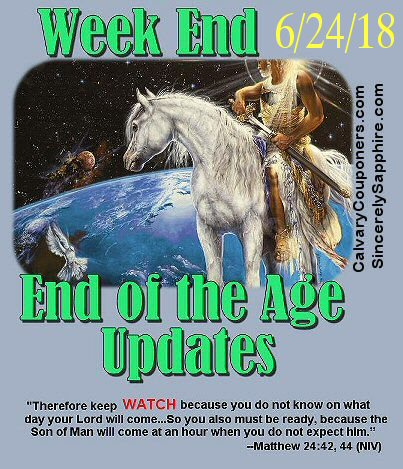 Hi everyone!  How are you all?  I’d love to hear how your summer is going!  Is it as busy as mine has been?  My mom had a stroke last month but seems to be doing better now. She has alzheimer’s, so she doesn’t even remember having been in the hospital :/     Since then I’ve been working REALLY hard trying to get my house in order. Lots of pitching of clutter and cleaning and gathering things for a few yard sales I hope to have next month. I have a real problem with spinal stenosis (pinched nerves in my back) and bad knees, so doing it all by myself has been a real challenge, but the Lord is seeing me through one day at a time.  So my days have been really busy other than a day or two here and there when I had to just take some time for my body to recover a bit with my ice pack and TENS unit. I had an EMG done yesterday.

So enough about my spring and summer, on to the End of the Age Updates!

(I’ve been having a tough time finding Joel’s recent videos. I know he stays busy working for the Lord writing and appearing but if you know of a source that has recent videos of his, please contact me and let me know! Thanks! 🙂 )

I really encourage you to follow his blog posts HERE and HERE.

(find more of this series in his video list!) 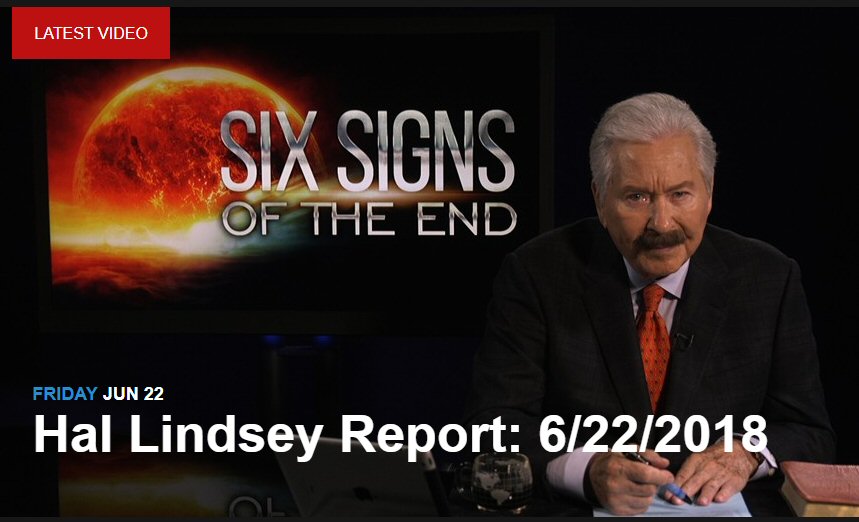 You can get Larry’s book here –>

Abbas’s spokesman: US plan which bypasses us will lead to a dead-end

Palestinians protest in Ramallah against Abbas crackdown on Gaza

3 fires break out amid incendiary balloons in western Negev

In Europe, the targeting of Roma sets off alarm bells for Jews

Pompeo: Iran will face ‘wrath of entire world’ if it pursues nuclear weapons

Iran: Terrifying future awaits the world if not opposes US policy

Iran Revolutionary Guards: Our frontlines are in Iraq, Syria and Lebanon

On Eve of Turkey’s Election, Only Erdogan Gets TV Time

An unexpected consequence of the thaw between the two Koreas: a budding real estate boom along the DMZ

‘No human could do anything’: The man who was sacked by a machine ‘out for blood’

This floating robotic factory will build satellites and spaceships in orbit

5.1 magnitude earthquake hits Off the coast of Aisen, Chile

Rev. Franklin Graham: Are We in the Last Days? ‘I Think God is Describing Our Generation’